I thought that I post here translations of some of LM.C's tweets, because it seems that lots of fans are using only Google translator (or smth like that). And, believe me, its translations are very very bad and confusing. (>_>)
So, I translated properly some of the most interesting or funny tweets and conversations on Twitter. ^^ Sometimes I translate every single tweet and sometimes I just describe what they're talking about, with a little explanation :3
Well...hope you'll enjoy it! :3


12.8.2010
Maya's tweets from recording at studio:
Maya wrote about "some person lying/sleeping on the couch"
The person who was "lying near the iPad" was Aiji [Maya didn't want to say directly he means Aiji, so, he used iPad as a hint. He does it often~]
So, Aiji was sleeping on the couch [at studio] and Maya wanted to take a nap on the same couch. Maya laid next to him [if you seen the photo from LM.C's staff Twitter, you know the couch was really narrow ;> So, because of Maya laying almost ON him, Aiji woke up and was a little mad at him. And then Aiji replied on Maya's Twitter: "would you stop a bit, really!", but after a longer while Maya wrote: "Say what you want, but I was happy"

Little bit later they started tweeting while they were having late night dinner at some restaurant. And they went together(only two of them, you know ;>), because it was LM.C's 4th anniversary. [They both wrote on their blog that it was a special day for them.] The story started when they tweeted that some old man was disturbing them with the story of a motorbike. At first Maya wanted to hear, but then the story went boring. [Maya:] "I'm not entirely interested in any motorcycle", [Aiji:] "Hey, motorcycle isn't interesting at all. lol, it was better not to sit here" Maya even tried to change the topic: "Ne, ne! Let's talk about sharks!" When the motorbike guy stopped, or ended his dummy story, Maya started to describe what is going around them. [Maya:] "Old man on the right side is being pick up by the (old) woman of his right side. He was completely picked up. She started with talking about weather and will surely end talking about marriage. Second look, there is no tension from the old man on the left [the one who was telling about motorbike before]. [Aiji:] "It's a completely twisted night... Moneeey~!" [he was about to pay a bill] Then Maya returned to the couple he was watching: 'They're touched hands" [and the old guy wanted to impress the woman so he started talking that he is[or feel] like Keisuke Honda[japanese soccer player] Maya was quoting his words several times. Later on people on Twitter were asking Maya if he feels good, because most of them didn't understand that he is just describing what he sees and hears at the restaurant. Maya obviously answered: "I don't feel bad" and continued. At the end someone else started conversation with them about age* and said to Maya: "You look 25" and he answered that he is, and wrote on Twitter that he doesn't feel bad about this lie. Maya's final tweet was: "Today LM.C ~ peace."

[*In Japan it is a common thing to start conversation with strangers at restaurants, bars, etc.]

The story begins in the early evening when Maya wrote that he wants to go to karaoke, but he don't know who with. Lots of people were suggesting him Aiji in replies. Maya finally chose on of his support bandmates and they spent approximately 2 hours there (Maya was typing titles of songs he sang on Twitter too. For example: Madonna's "Material Girl") At the same time Aiji was at the gym, but after he returned and read Maya's tweets, he invited him for late night dinner and Maya revealed that lots of people were sending suggestions to Aiji that he should go out with Maya (and it's probably one of the reasons why he finally invited him)

Maya: "Dinner invitation from Senpai. It wouldn't happen without line comes. Oh, everybody should have come too. It's a Paisen[??] treat!", "You should all send thank you properly" [Send thank you to Aiji in the name of Maya, of course]
In the meantime Aiji was having problems with his timeline, and most of replies disappeared. He is appologizing for this, and making everybody sure he will read all replies when the unexpected problem will be fixed.
Then Maya was tweeting from the mentioned restaurant he and Aiji was having dinner:
Maya is talking smth about tofu shop, tofu maker and his middle school daughter and he repeat "I can't permit it" two times. [I have no idea what he is talking about, because sometimes he changes topic without any reason, then he is returnig back to the main subject. Also he has tendency to daydreaming, telling abstract or childish things, like: "I want karaoke, I want karaoke, I want karaoke", "Let's talk about Doraemon! Hey, people! Dora!", "Tokyo Tower now. I feel the space and the Showa"]

OK, next Maya tweeted some piece of poetry from the restaurant - I would describe it like that - just read:
Maya: "In such a savage air a song suddenly coming through a cable. I've noticed chorus in the shop[or bar]. It flew over a fence and the table and made us one"

Then they went to Starbucks
Maya: "From Starbucks. Common trend. Or perhaps I should say Senpai was drawn in silently. Complete Starbuckholic"
Maya(quoting their conversation): "I didn't order anything. I'm such a nerd. [Aiji;] "Eeh? Why didn't you order anything?" [Maya:] "Well, maybe because I was being so spoiled(treated as a baby) last time?" [Aiji:] "You are peculiar...really!" [Maya:] "Not me~... You are!"(used feminine sentence end, which indicates emotion and admiration)" And continuing to torture his Senpai stubbornly. Starbuckholic of perfection"
[Maya obviously wanted Aiji to buy him shake or smth ^_^]


On the 19th of August 2010 LM.C had fitting session for their new costumes. Maya commented: "I'm checking some photos", "I'm so good looking", "It seems I'm going to fall in love. No, it seems I'm falling in love again. No, I'm already in love." [He means he is falling in love with himself] At the end LM.C Staff wrote(as you probably remember): "LM.C is now in a fitting session for the new costume!! The exploding sound of fireworks is so tempting...but no time to see it, how sad!"

On the 20th of August Maya also wrote nice things:
Maya: I'm heading to the studio. Rehearsal for tomorrow's show's live. I'[m always late for rehearsals. And that's because I go alone. And because I go alone I take train. Train is fun.
Some time ago I met in this train a person who had LM.C phone strap. There was crowd of people. our eyes kept meeting over and over again, but it seems he didn't notice me. And this is me, who gets recognized in 5 seconds in Munich..."


Right before JACK IN THE BOX, about 3 am, when Maya was supposed to sleep before the upcoming show, he wrote: "Let's draw a picture!" And after a while: "No, let's write lyrics" In the morning right before show he said he was ready then asked: "Left or right, which hand should I rise while entering the stage?"

~If you wanna post our translations somewhere else or translate them to other language, feel free to do it, but please, credit and comment us~ 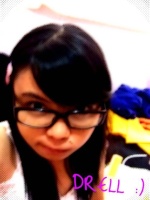